Siege 4.0.0 is inching closer to final.  This release adds a coat of wax and refines the documentation. The code is largely complete with no new functionality planned this version. Your JoeDog is still trying to decide which new features to enable by default.  Currently, the HTML parser is set to ‘off’ but we’re leaning toward enabling it. New major release; new major feature.

The big push to 4.0.0 began in October when we started tweaking 3.x in a manner consistent with the 4.0 vision. Since then, countless hours have gone into this architectural overhaul. It’s nice to finally see the finish line. Once this effort finally winds down we can go back to using this blog for its intended purpose: Smearing more snark on the Internets.

Help Your JoeDog and America

Unfortunately, we have a long history of people refusing to use our beta releases. The Siege 4.0.0 betas have been downloaded around 50 times over a period that saw thousands of 3.x downloads.

So we’re begging you. Please download Siege 4.0.0 beta 6 and put it to the test. Make sure to enable the HTML parser in the $HOME/.siege/siege.conf file. When you’re done, send an email or leave a comment and let us know what you think.

All of our software can be downloaded from http://download.joedog.org/ Below you’ll find a direct link to Siege 4.0.0 beta six. Happy hacking.

Your JoeDog just released siege-3.1.4. Exciting! Oh, don’t get carried away, it’s just bug fixes. {sad trombone} We patched portions of the code from 4.x.x which is still in beta.

The 3.x.x line will be maintained with patches and fixes at least through 2016 but we don’t plan to add any new features. That effort is concentrated solely in the 4.x.x branch.

Siege 4.0 is now in beta four. It will probably be months until the final version is released. This release isn’t riddled with bugs as much as it’s simply lacks refinement. Let me explain.

What distinguishes Siege 4.0 from earlier versions is this. It downloads the HTML and parses it for additional page elements. It looks for images, stylesheets, javascript, etc., and adds them to a queue for download. In this sense, it behaves a lot like a browser. Suddenly we’re forced to care about things we never cared about. Consider Content-encoding.

Earlier versions provided a directive called ‘accept-encoding’ in the siegerc. We let you put anything you pleased in there.  If you wanted the server to send brotli, bzip2, compress, whatever, we didn’t care. Siege didn’t do anything with its download. It counted the bytes and discarded the content. Now all of a sudden it cares about content.

We encourage you to play with these beta releases and provide us feedback. In the meantime, we’ll continue to refine the program. Given the example above, we’ll detect your compression libraries at compile time and build a Accept-encoding header based on what your computer can accept. Can you support bzip2, gzip and deflate?

Until then, you’re on your own.

Beginning with version 4.0.0 beta 1, siege will parse the requested HTML document for additional elements such as style sheets, javascripts, images, etc. and make additional requests for those elements. This feature is still considered experimental so it’s off by default. To enable the parser you need to add this directive to your $HOME/.siege/siege.conf file:

Siege was originally designed with performance in mind. Every thread basically dumped its HTML into the same bucket. This made parsing the content impossible without a design change. The choices were to wrap the reads with thread locks or create individual buckets for every thread. The former option would dramatically decrease performance and the latter option will require a lot of RAM. Imagine, if you will, running 255 browser tabs at once. “Meh,” Your JoeDog thought, “RAM is cheap now.”

We want to get the new version into your hands as soon as possible so it’s available with a few caveats:

There’s still a lot of work until 4.0.0 is ready for Prime Time but it can serve you well as long as your keep its limitations in mind.

Your JoeDog overhauled siege’s cookie handling. It was re-written in an object-oriented manner which makes maintenance and debugging simpler. That’s good for me, Your JoeDog, but what about you, Your Siege User?

Siege 3.1.4 will have two noticeable changes. Individual configuration files have moved and cookies will now persist between runs. In order to be tidy, we created $HOME/.siege The resource file was moved from $HOME/.siegerc to $HOME/.siege/siege.conf A new file will also be added to that directory. Your cookies will be stored in $HOME/.siege/cookies.txt At some point we’ll probably move the urls.txt file there as well. 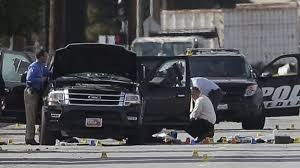 Your JoeDog has moved … again.

We were on a t.small instance on Amazon Web Services running RedHat Enterprise Linux. That instance cost us $0.086 / hour — that’s 8.6¢ an hour. The monthly billing total was around $65.00. A t.small instance includes 1 CPU, 8GB of disk and 2GB of RAM. Two gigs was a lot of memory in 2004, but contemporary software goes Oliver Twist on that shit. “Please, sir, may I have some more?”

Your JoeDog wanted more. We had trouble managing our application stack within the confines of two gigs of RAM. Your JoeDog checked its options on the Amazon pricing chart and found something interesting: Amazon Linux is priced far below RedHat Enterprise. A t.small server running that OS was only $0.026 per month. With prices that low, it offered room for a server upgrade. For $0.052 / hour, we could get a t.medium server which has 2 CPU and 4GB of RAM. That was more acceptable.

Yes, more memory is more awesome but there’s an ever better reason to switch from RHEL7. That OS uses systemd as its startup mechanism. Amazon uses SYSVINIT. (Earlier version of RHEL used SYSVINIT. Systemd is new to RHEL7)

Is Amazon Linux right for you? Probably. For starters, it’s similar. It has the look and feel of a RedHat variant. It uses RPM for package management and it’s directory hierarchy is similar. As mentioned above, it’s startup mechanism is SYSVINIT rather than systemd. In this sense, it’s closer to RHEL6 than RHEL7.

For the most part, the “enterprise” premium provides enterprise support. Some software vendors won’t provide any support unless you run their product on a “certified” Linux. If you don’t have that particular requirement, then Amazon’s flavor should serve you as well (at a fraction of the cost).

Siege is available through most major Linux distributors. That makes us feel like important uppity-ups. It also cuts down on the time we spend walking n00bs through the compile process. Unfortunately, it comes with a downside. Because most people use distributed versions, it takes a while for news of buggie bugs to reach us.

We applied a patch to version 3.1.1 that introduced one such bug. Versions 3.1.1 and 3.1.2 incorrectly handle HTTP POST. Instead of following protocol, those versions make this request:

This latest version does another thing! It may look like a bug, but it’s a feature. Beginning with siege-3.1.3 you will no longer be able to run siege with more than 1000 users without changing your configuration. This allows us to Dog-splain in the rc file why you’re probably doing something foolish.

The siegerc file now contains a limit directive which caps the number of users at 1000 by default. Frankly, that’s probably still too high. If the limit directive is not present in that file, then siege defaults to a hardcoded limit. If you want to run siege with more than 1000 users, you’ll have to set that ceiling in the rc file yourself:

Please understand, if you jack that up and make a mess, we’re not going to be very sympathetic.

A few years ago, Your JoeDog was with Mrs. JoeDog in McSorley’s Old Ale House.  For those who’ve never been to McSorley’s it’s an interesting place. The East Village pub is well-known for its very large beer selection. The choices are overwhelming. Since 1854 they’ve been serving McSorley’s light and McSorley’s dark. Truth be known, the “dark” is just light with added syrup. But here’s the cool part: a “beer” is actually two beers. If you and a companion order a couple, the bartender brings you four.

McSorley’s etiquette holds that tables should be shared. You shouldn’t sit at an empty table unless all the others are full. On that late Saturday afternoon a few years ago, Mr. and Mrs. JoeDog sat beside a man from Frankfurt, Germany. We engaged him in a conversation about German cars and German beer. Finally he said, “All you Americans want to talk to Germans about is cars and beer.” Basking in the warm caress of a second round Your JoeDog said, “And after a few more of these, we’ll probably ask about you-know-who.”

It turns out there’s more to Germany that cars, beer and Hitler. Who knew?

Recently Your JoeDogs found the tables turned when they went to London to watch their beloved New York Jets defeat the hated Miami Dolphins. The game was part of the NFL’s international series. London pub culture is a lot like McSorleys. Table sharing isn’t mandatory, but it’s pretty common. It didn’t take long before we noticed a trend similar to what that German man discovered in America. There’s one thing Londoners seem to want to discuss with Americans. That one thing is guns.

Why do you have so much gun violence? Why do you have so many guns? The answer is: I don’t fscking know. Now if Your JoeDog had a modicum of interest in guns these inquiries may have been amusing. He may have enjoyed the engagement. But like that German in McSorley’s Old Ale House, Your JoeDog grew tired fast. Yes, America is armed to the teeth. Yes, America loves its guns. Your JoeDog is not part of that culture. The most lethal weapon he’s ever fired was a toy water gun.

Can we talk about German beer and German cars instead?

With next to no fanfare you’re JoeDog released siege-3.1.2.

Awesome! What’s new? We moved an include directive from one file to another. Exciting! Wait – what?

Basically this means siege-3.1.2 should compile in more environments than siege-3.1.1.

Oh, well that’s something … I guess.