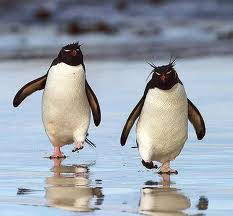 I’m responsible for around 150 GNU/Linux servers. Not one of them actually shipped with Linux. They were all bare metal installs at the point of delivery. That’s generally how Linux works. You buy hardware from one vendor and OS entitlements from another. If my experience isn’t unusal, then the latest server track numbers from IDC are quite extraordinary.

IDC tracks servers shipped by OEMs to customers and reports on hardware and OS marketshare. It doesn’t track bare metal installations, hardware re-provisions and VM guest installs. Last quarter, according to IDC, factory revenue for Linux grew while it shrank for Windows and UNIX. On top of the provisioning methods I mentioned above, customers are increasingly asking IBM, HP and Dell to ship servers with Linux installed.

According to IDC, demand was driven by the need for high performance and cloud computing. Linux has also earned a reputation as more reliable and more secure than that other Intel OS. And if you want to ruin hardware performance, just add virus protection which is a necessity in the Windows operating environment. Given the risk vs. the reward of increased performance, many Linux administrators simply eschew virus protection. That gives Linux a real world performance boost over its rival from Microsoft.

Once Linux conquers the datacenter, it’s only a matter of time until millions of open source developers really start to focus on the desktop. Proprietary software’s best days are behind it.