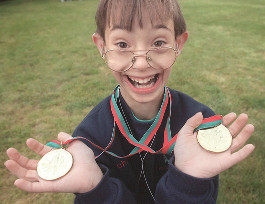 nixCraft selected siege as the Number One Greatest Open Source Terminal Application of 2012. We’re not sure what that means other than AWESOME! It’s been a long road to 2012 greatness. The project began in late 1999 and was released into the wild in early 2000. Since then, it has been developed shaped by countless people from all corners of the globe.

Even though siege is a very esoteric program, its source code is downloaded around 50,000 times a year. Binaries are distributed by most major Linux vendors.  One day  a co-worker wanted to run a test from a new server so he asked if I could get him some binaries. Before I could react to the request, he said, “Nevermind.” He ran ‘apt-get install siege’ and got it from the vendor. That was a pretty cool moment for reasons other than the fact that it saved me some work.

Let’s be clear. This isn’t my recognition. It’s our recognition. For twelve years siege has been a community project and its direction will continue to be shaped by the people who use it. “Now let’s eat a god damn snack.” — Rex Ryan to the siege community.