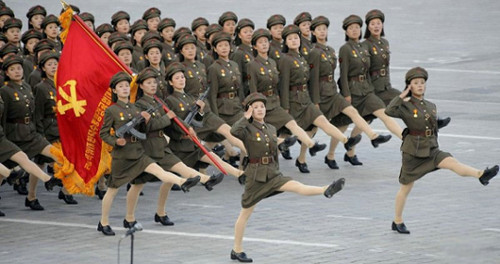 The New York Times reports that a large percentage of Chinese cyber attacks on American targets originate from inside a same small neighborhood that features a Chinese army headquarters building. The headquarters, a large white office tower in Shanghai, is surrounded by restaurants, massage parlors and a wine importer. It is the only structure in the neighborhood capable of housing a large number of sophisticated cyber attackers. This all but confirms the Chinese army is behind the American attacks.

The hackers, known in the US as the Comment Crew, were traced to Shanghai by Mandiant, a US security firm hired by the NY Times. The New York paper hired Mandiant to end infiltration of its network last year. The Virginia firm traced that attack and hundreds like it to the Shanghai neighborhood that houses the base, known as P.L.A. Unit 61398.

The firm were not able to confirm the attacks originated inside the building but the probability is very high.

“Either they are coming from inside Unit 61398,” said Kevin Mandia, the founder and chief executive of Mandiant, in an interview last week, “or the people who run the most-controlled, most-monitored Internet networks in the world are clueless about thousands of people generating attacks from this one neighborhood.”

Sure, it’s possible that an enterprise scale hacking effort led by mainland Chinese with direct access to Shanghai telecom infrastructure has setup shop inside one of the restaurants by Unit 61398. Now that they’ve been exposed we’ll just wait for the Chinese government to shut them down. That should happen any minute now. Yep … any … minute … now. Who are we kidding? The Chinese are attacking us!!