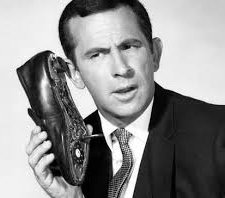 Last week the Guardian broke the news about Prism, an NSA data mining project in which the security agency harvests transaction records with the cooperation of private telecoms and internet companies. While it’s illegal to eavesdrop without a warrant, the NSA is harvesting conversational meta-data: calling records, email transactions and credit card swipes. This is basically the stuff you’d find in server logs.

The news was greeted with simultaneous outrage and indifference. Some were tremendously bothered by the news while others shrugged and said “meh.” Your Joe Dog’s congressman emailed to say he was greatly bothered by the news. Really? Then why didn’t you email constituents after any one of the thirteen briefings you had on the subject?

Five years ago, the NSA was probably incapable of doing much with all the data it collected. Just managing its information would have been a full time job. Since it began its surveillance programs, the NSA has brought up a series of large data centers to warehouse its records. The biggest, its Death Star, was constructed at Camp Williams, Utah.

The agency also improved its ability to effectively use this information. As the New York Times reports, NSA is working with Silicon Valley big data experts to efficiently sift through its transaction records. Its algorithms search for patterns and alert human agents when they match the hallmarks of terrorist activity.

And this is where it gets eerie.

From a study published in Nature, we learn that just four points of phone data are necessary to pinpoint the caller’s location with 95% accuracy. The average person leaves many breadcrumbs that reveal his whereabouts: cell phone data, EZ-Pass transactions, credit card purchases, ATM transactions, etc. Using information from cell towers, the agency can pinpoint your altitude right to the floor you’re sitting on at this moment. (I’ll save you some trouble: I’m currently on the third).

If you’d prefer to keep your location a secret, then, yes, this program is a concern. Unfortunately, it appears to be perfectly legal. You can have modern conveniences like cell phones, EZ-Pass, credit and debit cards or privacy. Pick one.