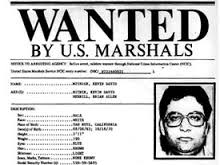 This site has been under attack for several weeks now. The attacker is using an unthrottled brute force dictionary attack. He seems to have an unlimited supply of IP addresses. After examining some of the source addresses, I’ve concluded that we’re on the wrong end of a bot net.

I’ve been harvesting IP addresses and blocking them as fast as I can. I’ve also added Rewrite rules to deny these attempts based on his request signature. Those rules reduce overhead since his requests won’t generate database transactions. Yet no matter how many timeouts he gets and no matter how many Access Denied responses he endures, the attacks persist.

Because this dictionary attack is unthrottled, the affect is, at times, not unlike a DOS attack. Your Joe Dog is a public service with shallow pockets. We simply don’t have the resources to eat these attacks and provide you with snappy service. Bare with us as we deal with this asshole.

UPDATE: While it provides additional inconvenience, I applied an access control to the page he’s attacking. You can protect a single file inside a FilesMatch block like this:

Obviously, some of that information was obfuscated but “Kiss my fscking ass” really is the realm I’m using.

The benefit to this approach is two-fold: 1. Apache doesn’t expend much effort to say, “401 gimme a password!” 2. If this layer is cracked, he still has to bust the next one before I reset the password on the first one….