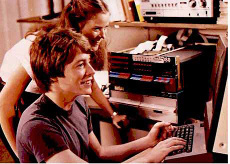 Your JoeDog is skeptical — very skeptical.

Remember Stuxnet? It was a worm that infiltrated Iran’s nuclear facilities and attacked their centrifuges. It was certainly developed by a nation state. We still don’t know which one. Israel? They’re on the short list. The United States is, too.

That’s how nations roll when they commit cyber attacks. They don’t send emails which berate a target over its lax security. Nor do they send ransome requests. They certainly don’t give themselves nicknames like Guardians Of Peace. If North Korea would have infiltrated Sony they would have kept it on the downlow. Their message would have been implicit.

The initial interaction between the attackers and Sony was all about money. “Pay the damage,” they implored, “or Sony Pictures will be bombarded as a whole.” There was no mention of Seth Rogen’s film. There was nothing political in that message. The group that claimed responsibility was called “God’sApstls.” The “Guardians of Peace” surfaced later, after depictions of a splash screen on Sony computers surfaced on the Internets. It read, in part, “Hacked by #GOP”

In a December 1st email to CSO, a GOP representative claimed the group had no ties to North Korea:

“We are an international organization including famous figures in the politics and society from several nations such as United States, United Kingdom and France. We are not under direction of any state.

“The news with The Interview fully acquaints us with the crimes of Sony Pictures. Like this, their activity is contrary to our philosophy. We struggle to fight against such greed of Sony Pictures.”

Distancing yourself from the country you represent is a funny way to promote its interests….

Personally, I wouldn’t be surprised if everybody and his sister has been inside Sony’s network. Compromising a system is only half the fun. Bragging about it is the other half. Could NK agents have caught wind of the break-in along with enough details to gain entry themselves? Sure. They may even exchanged Bitcoins for details. Maybe they were inside Sony but they didn’t orchestrate the attack and they certainly weren’t the ones who sent those emails.