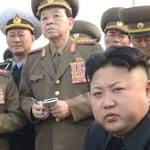 In response to Washington’s allegation that it was behind the Sony Pictures cyberattack, Pyongyang demanded a joint inquiry into the matter. North Korea claims it can prove it was not involved.

If the US has the goods, then it should welcome this offer. Does anybody think they have the goods? Your JoeDog does not. The information they’ve revealed thus far is weak and void of detail. Apparently the good stuff is classified. We’re supposed to take them at their word.

Your JoeDog has a hard time taking governments at their word. He never bought the case against Saddam Hussein and thus far he remains unconvinced on this one. If North Korea was involved, then declassify the evidence and display it to the public. If not, then Your JoeDog will continue to call bullshit.

Here’s what we know:

So somehow we’ve gone from a ransom note by God’sApstls to a cyberattack from Pyongyang. Are we supposed to think North Korea was demanding ransom and taunting Sony before it got around to the movie it found so offensive? Certainly North Korea is a strange place, but that doesn’t make sense even for them….