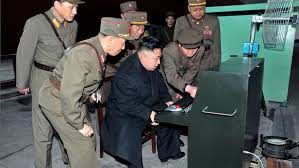 The official narrative holds that agents of the North Korean government infiltrated Sony Pictures’ corporate network and used that attack as leverage to stop the release of a Seth Rogen film. While that might make a good Seth Rogen movie, it hardly seems plausible given what is currently known.

You don’t have to be a conspiracy theorist to take a skeptical view of the official narrative. Yet only the most conspiratorial would claim the attack was fabricated. Somebody infiltrated the Sony network. The question remains: Who done it?

Regular readers know Your JoeDog subscribes to “All of the above” or as he put it, “everybody and his sister.” For a successful attack on a corporate network to generate maximum LULZ, bragging must occur. It’s very likely somebody breached the network and provided details that enabled successive visitors to play inside the breach.