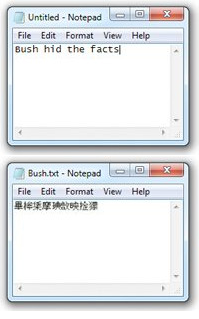 Is Big Software cracking down on programmers who insert Easter Eggs into their code?

“Are they going away? Indeed they are,” says Dr Diomidis Spinellis, a Greek computer science academic and author of The Elements of Computing Style.

“As programming becomes more corporate, more official, one cannot appear to have code that is not officially sanctioned,” he says.

Easter eggs have not undergone the same levels of scrutiny of the rest of the code, he says, and there may be vulnerabilities attached to them.

“They still happen, but they’re less likely to be little bits of code, more likely to be hidden in documentation or code comments,” adds Brendan Quinn, a software architect in London.

“Actual executable stuff hidden in code is something that people are trying to eliminate. With varied success around the industry.”

The argument goes if a manufacturer can’t stop developers from sneaking in benign undocumented features in, how can you be sure they’ve not inserted a backdoor, too.

Your JoeDog doesn’t hide Easter Eggs inside his code. It’s open source. To find them, all you’d have to do is read….

[BBC News: The End of the Easter Egg?]