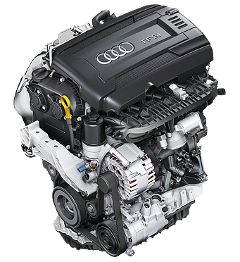 When Your JoeDog got a new car, the first thing he did was modify it. He added another 37HP with help from the folks at APR Tuning. Your JoeDog’s attitude toward cars mirrors his attitude toward software. If he owns it, then he should do whatever he wants with it as long as he doesn’t hurt somebody.

Cars and software run best when they run fast.

Well now here’s something that makes Your JoeDog want to down 10 bottles of Mad Dog and follow that with a codeine chaser:

Automakers are supporting provisions in copyright law that could prohibit home mechanics and car enthusiasts from repairing and modifying their own vehicles.

Did you get that? A Federal agency will determine whether or not tinkering with your car constitutes a copyright violation. When Your JoeDog saw that he thought, “Who do I have to nut punch and where does the line form?”

If you’re a nerd of a certain age, just about every outrage traces back to the Digital Millennium Copyright Act of 1998. Well, guess what?

Since cars are now rolling computing platforms, manufacturers have asked the Copyright Office to determine whether or not the DCMA protects their intellectual property and prohibits people from modifying and tuning their own vehicles.

Assholes. It’s not like we’re going to Detroit, Wolfsburg or Ingolstadt to tell manufactures how to construct their vehicles (although that couldn’t hurt). As it stands, we’d rather just take delivery now and improve the car our god-damn selves. Don’t mess with that, Washington.