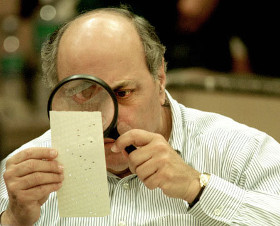 Back in 1999-ish, Your JoeDog made a decision! Once he makes a decision, he doesn’t look back. “That’s over, Doggers. It’s time to move on.” And move on we did. Since 1999 we’ve been using select to check if our socket descriptor is ready for input. This is an important test because siege pounds your web server until it calls him “Daddy.” If the socket doesn’t get ready, then the request must time out or siege will hang.

There were two mechanisms we could have used to accomplish this: poll and select. We chose select because it was more flexible and more readily available. At the time, we supported a great many platforms: Solaris, HP-UX, AIX, SCO, BSD, Linux, etc. The downside to select was its capacity. The fd_set couldn’t handle numbers higher than 1024. Well back in 1999, Yahoo! might have been doing 1024 concurrent connections but mere mortals didn’t need that capacity.

Recently we told you that siege crashes when large pools of simultaneous users are created. We finally got to the bottom of that problem and it dates back to that 1999 decision. Siege aborts when socket descriptors larger than 1024 are passed to FD_SET. We will fix this problem but there’s currently no ETA. It will require extensive testing and more of those difficult 1999-ish decisions.

For example, should we just stone-cold switch to poll or should we support both mechanisms? The latter will create a macro soup; does anyone have a stomach for that? Another option is create an array of fd_sets and place them on each thread. That would allow us to continue using select. (Your JoeDog kinda likes this option). And finally we could just say “Fsck it.” If you really have that many users, then you can afford Load Runner.