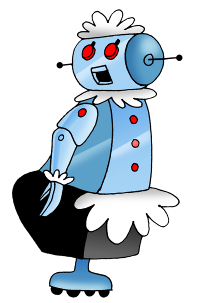 The future is now and it kind of sucks.

Paul Krugman reminds us of that in today’s column. He takes us back the 1979 cult classic, The Hitchhiker’s Guide To The Galaxy. In that book, Earth is dismissed as an archaic planet whose life forms “are so amazingly primitive that they still think digital watches are a pretty neat idea.” Yeah, well that was before the technology revolution. Now we have iWatches that remind us to stand when we’ve been sitting too long …. ugh.

Well things are looking up, you guys. Silicon Valley entrepreneurs are concocting food shakes to get you through the day. Hunger pangs? Drink this protein pancake batter. It’s not a food pill, but it’s a start. You still have to drink it but the only thing you dirty is a spoon and glass. If you use disposable plastic, clean up is a snap. Gulp, gulp, gulp, toss. Your JoeDog had a protein shake for lunch. Gulp, gulp, gulp, toss. Two hours later, he’s hungry as hell. Stupid science. Where’s my food pill?