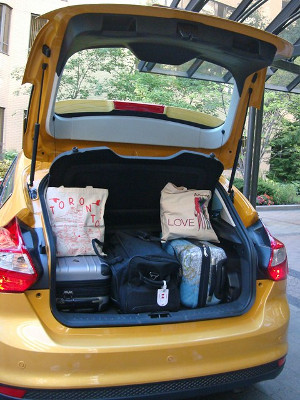 So imagine — because why the hell not — you returned to your vehicle after a concert in Washington D.C. Police are everywhere. Your windows are bashed in and your new cookware is exploded into little tiny pieces. That would be odd, huh? Well, that’s what happened to an Alexandria man this week. He returned to his car and found his shit was destroyed by local law enforcement.

Your JoeDog read many accounts of this incident. As best as he can tell this is what happened: Around 5:00 p.m. on Sunday, officers on foot noticed a vehicle that they characterized as “suspicious in nature.” It was parked along a public street. What made it suspicious? The vehicle contained a pressure cooker and other “items of concern.”

What’s not clear is how those items were stored. Were they in bags or out in the open? Was this the result of a shopping trip or something more nefarious? The investigation continued and officers became more suspicious. An “odor of gasoline was detected.” Interesting. A vehicle with an internal combustion engine omitted an odor of gasoline. So then what happened?

The bomb squad arrived and police broke into the vehicle and blew up all the shit inside. Catastrophe averted! The country remains safe and sound. So what did they protect us from? After destroying everything in the car, police conducted a thorough investigation to determine exactly what they saved us from. They conducted  thorough “hand search” of the vehicle and concluded their investigation “with negative results and nothing hazardous found.”

In other words, they saved us from a shopping trip.