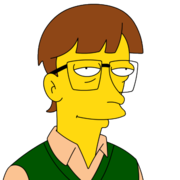 Bill Gates seems to have everything: financial security, a lovely wife, a place in history and a parody on the Simpsons. Yet despite his basic level stability, Gates’s a bit of a worrywart. What’s he worried about, now? Well, according to Vox, his big concern is influenza. He’s worried about another global pandemic.

From the article we learn that in a good year, influenza kills 10,000 Americans. In a bad year the number is 5 times that many. Vox is an American publication and therefore Amero-centric. For our international readers here are the global numbers: between 250,000 and 500,000 people die annually from influenza.

The event that scares every epidemiologist with an interest in influenza is the 1918 pandemic. Spanish influenza killed around 50 million people. That was about three to six percent of the global population. Approximately one-fifth of the world contracted the disease.

Now that he’s retired from Microsoft, Bill Gates spends a great deal of time on disease eradication. His agency developed a computer model to help its quest to eliminate polio. Recently the team used that model to see how an infectious disease like Spanish influenza would work in the contemporary world.

The results were shocking, even to Gates. “Within 60 days it’s basically in all urban centers around the entire globe,” he says. “That didn’t happen with the Spanish flu.”

The basic reason the disease could spread so fast is that human beings now move around so fast. Gates’s modelers found that about 50 times more people cross borders today than did so in 1918. And any new disease will cross those borders with them — and will do it before we necessarily even know there is a new disease.

That seems scary but I think we need to tap the breaks. The 1918 pandemic occurred under extraordinary circumstances. We can’t assume its transmission and mortality rates would be the same in contemporary society. Had Spanish Influenza struck just three years later, would its mortality rate been nearly as high? Probably not. Same disease, different results.

The pandemic was unique in that it mostly killed young adults. In 1918, 99% of influenza deaths occurred in people who were under 65 years old and nearly half of the victims were between the ages of 20 and 40. Where were larges numbers of men from that age group in 1918? They were congregated on the battlefields of Europe which was the epicenter of the disease.

Imagine, if you will, that during the 2015 ebola outbreak a large majority of the earth’s young people packed their bags and moved to Sierra Leone. That unique travel pattern would have certainly pushed mortality rates considerably higher. If more people travel to the epicenter, then more people contract the disease.

The Spanish influenza struck the world in 1918 and any model which attempts to project its contemporary mortality rate must consider all the factors that made the 1918 incident so lethal. It’s not clear if the Gates team did that. Since that would be such a lengthy undertaking, it might be safe to assume they didn’t. So while a contemporary strain of Spanish influenza is a troublesome thing to consider, Your JoeDog will indulge the Gates claim with a grain of salt.