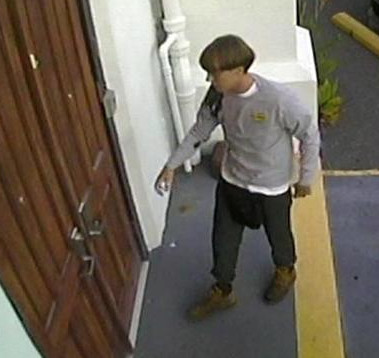 Earlier this week a young white man walked into a black church in Charleston. His name was Dylann Roof and he sat down with a prayer group. The church welcomes all so the stranger was no cause for concern. After about an hour, he rose from his seat, pulled out a gun and started shooting into the prayer circle.

According to a survivor, someone begged him to stop. He responded to that plea like this: “No, you’ve raped our women, and you are taking over the country … I have to do what I have to do.” And he shot the young man. Nine people died that night.

You can call Dylann Roof a racist asshole. You can say he’s a monster. Or a craven little pussy. Your JoeDog won’t disagree. Here’s something else he was: misguided.

From the Washington Post we learn that Roof dropped out of high school in ninth grade. He drifted aimlessly. He laid around the house and dabbled in drugs. His parents implored him to find a job and he went to the mall and pestered store managers but it doesn’t appear that he left with any job applications.

With no schedule he wandered aimlessly. With no agenda, he formed his own, a refinement of bad ideas. With nowhere to go, his interactions became fewer, his views more esoteric. There are plenty of young men in this rut. Most refrain from killing others but that doesn’t mean it’s not a problem. In the best scenario, Dylann Roof would have accomplished nothing, helped no one and achieved nothing.  The worst scenario was on display in a Charleston Church.

Some people have lots of ideas. They have long todo lists and insufficient time to check every item. For them an unstructured life is a blessing. They can align their tasks by their daily moods. A flexible schedule allows them to create many great things. When their mood changes, it’s not a problem for these folks. There’s always something else to do.

That doesn’t work for people like Dylann Roof. People like that need structure. They need schedules and task lists provided by others. They need things to do. Guns aren’t going away – not in America, anyway. If we hope to stop this endless chain of horrific mass shootings, then we need to find a way to help people like Dylann Roof organize their lives.  We have to find them something to do. As tasks become increasingly more automated, that might become ever more difficult.